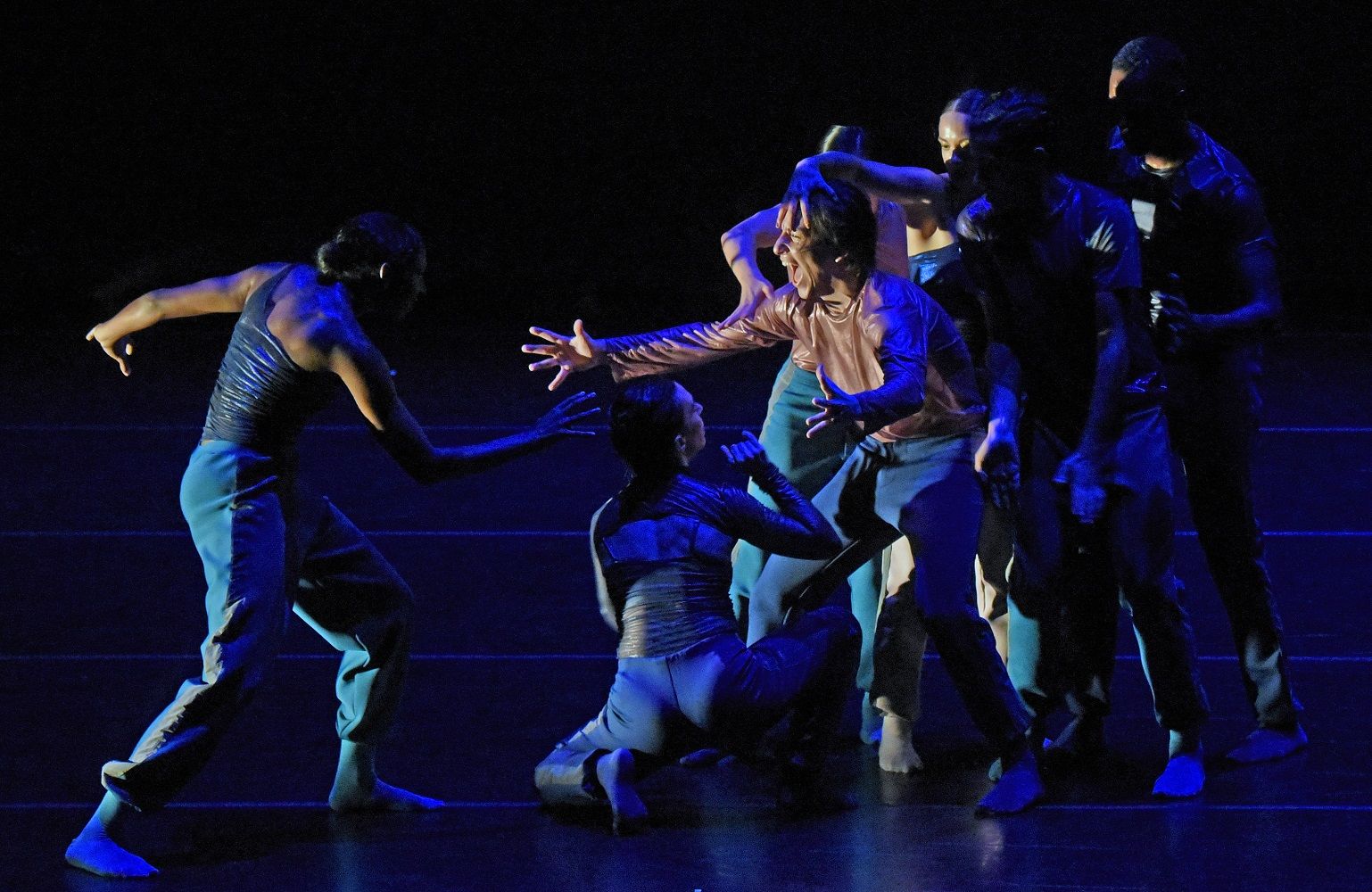 BODYTRAFFIC, founded in 2007 by Artistic Directors Lilian Rose Barbeito and Tina Finkelman Berkett presented four works on January 30, 2020 at the Irvine Barclay Theatre, and gave a performance that confirmed why it is considered to one of Los Angeles’ finest. The cast was in top form and much of the choreography was excellent.

The excitement level in the audience increased with the opening solo in SNAP, choreographed by Los Angeles choreographer and founder of  TL Collective, Micaela Taylor. Performed to music by James Brown, and original music and Sound Edition by SCHOCKE, the solo was performed by the extraordinary Taylor who almost brought the audience to their feet two minutes into the piece. For the past few years, Taylor has been a labeled as a rising star in Los Angeles and on the east coast. With her recent accomplishments, her company and commissions include a new work for the Cuban company Acosta Danza, Taylor’s career as a performer and choreographer has soared.

With her signature fusion of contemporary dance and hip hop, Taylor has added a level of humor, street smarts, drama and choreographic virtuosity. Beautiful duets like the one between Tiare Keeno and Joseph Davis, highlight Taylor’s ability to express discourse through movement. Dialogue through dancing is certainly not new, but Taylor’s dancers speak to each other with their bodies. In a duet between Guzmán Rosado and Jamal White, we saw and “heard” them argue, nearly starting to a knife fight, and then their agreement to back off and walk away.