Martha Graham Dance Company's "The Eve Project" at The Barclay 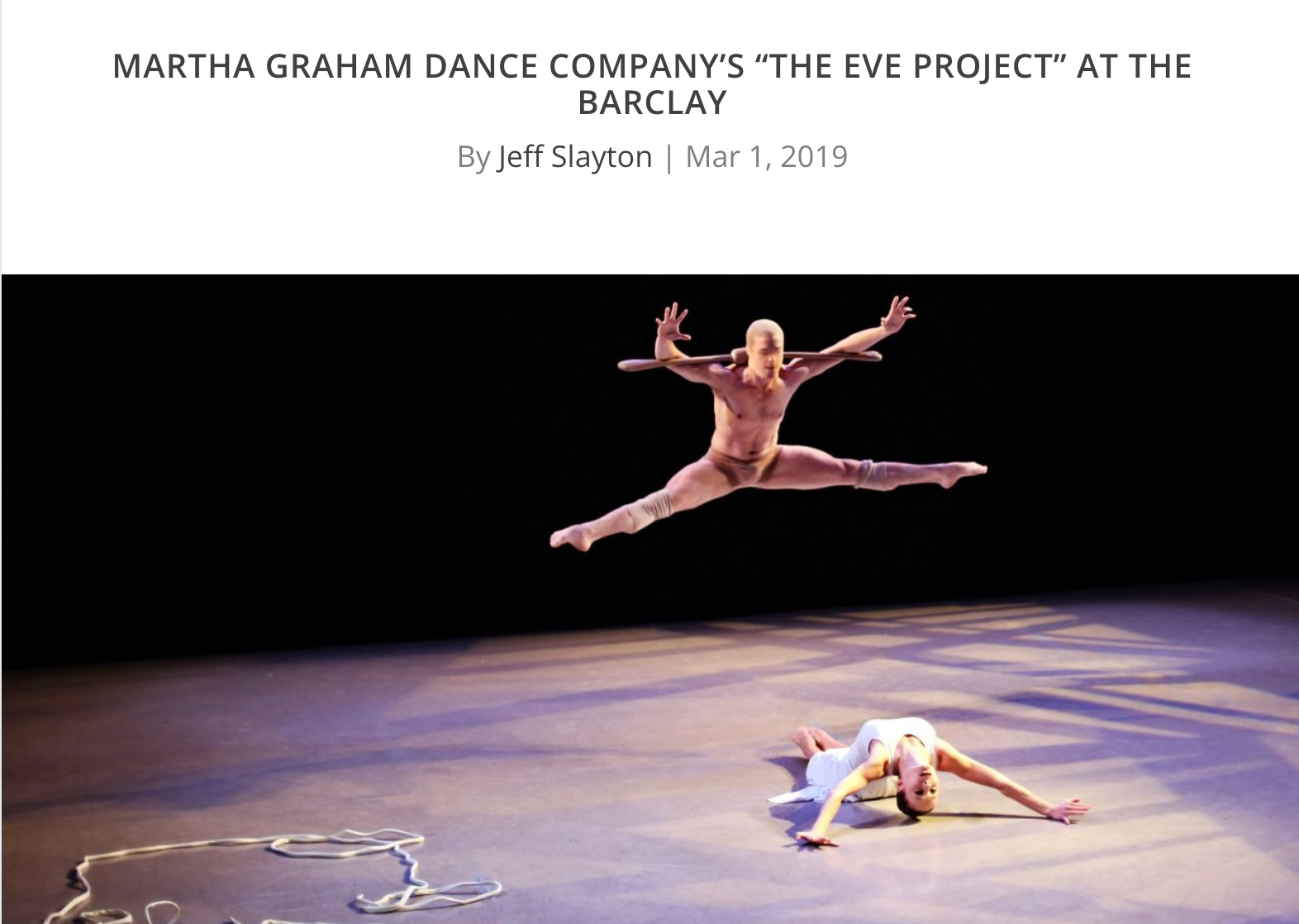 The Martha Graham Dance Company graced the Irvine Barclay Theatre stage on Wednesday, February 27, 2019, demonstrating once again why many have bequeathed Graham with the title “The Mother of Modern Dance”. The program was titled The Eve Project in celebration of Women and the 100th Anniversary of the 19th Amendment which gave women the right to vote. The performances were stunning, and the company appeared in excellent form under the leadership of former company member and Artistic Director Janet Eilber.

Beginning September 1st proof of fully vaccinated status will be required from all audience members older than the age of twelve to gain entrance to the venue. Additionally, masks will be required at all times inside the Barclay. Children ages three through twelve (inclusive), for whom there is presently no COVID vaccine, are welcome at the Barclay but must be masked at all times while inside the venue. Children under the age of three are welcome at performances appropriate for small children.