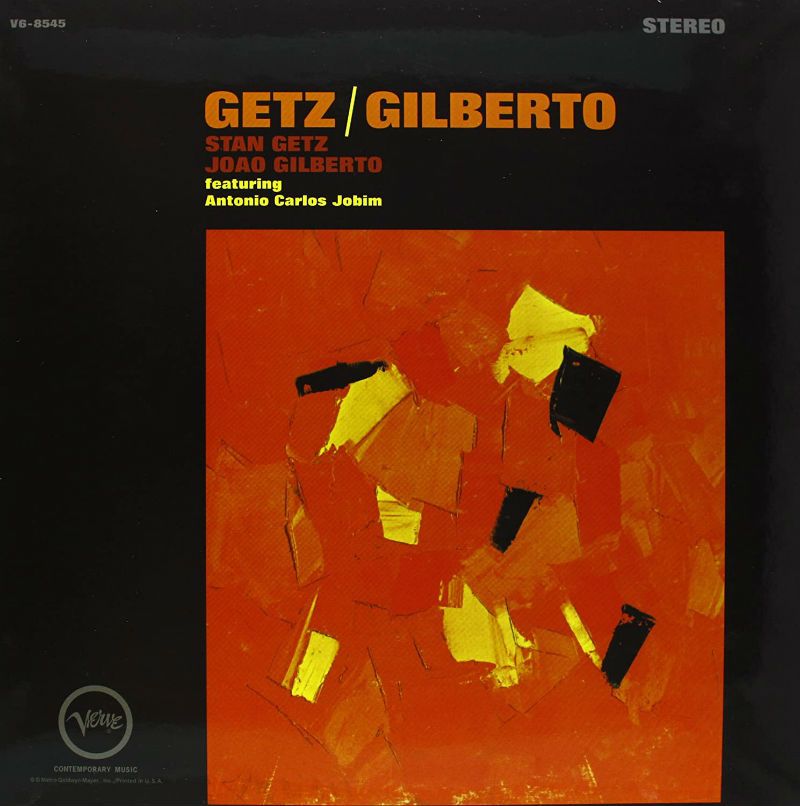 This week, surround yourself with the exciting Brazilian flavors of bossa nova music. It’s a perfect soundtrack for a sunny afternoon.

How Stan Getz And Jazz Samba Conquered The World

This groundbreaking 1962 bossa nova album is a classic and a must for jazz fans. Saxophonist Stan Getz (who would later immortalize the Brazilian infused sound with "The Girl From Ipanema”) was the featured soloist and the tracks were arranged by guitarist Charlie Byrd, who had first heard bossa nova during a tour of Brazil in 1961 and brought the records back to the U.S. The Getz/Byrd collaboration is terrific. Here, the variety of tempos and amazing rhythmic syncopations are in the hands of the very best. The album features two songs, "Desafinado" (“Off Key or Out of Tune”) and "Samba de Uma Nota Só" (“One Note Samba”), composed by Antonio Carlos Jobim. Charlie Byrd wrote one song, "Samba Dees Days," while the rest were by Brazilian composers. Stan Getz won the Grammy Award for Best Jazz Performance of 1963 for "Desafinado." Jazz Samba was the first complete bossa nova album ever recorded in the United States and signaled the beginning of the bossa nova craze in America.

The 1964 Getz/Gilberto is a “must have” and a duet masterpiece featuring American saxophonist Stan Getz and Brazilian guitarist João Gilberto. It features pianist and composer Antônio Carlos Jobim, who also composed many of the tracks. The album not only includes the hit "Girl from Ipanema," sung by Astrud Gilberto, the guitarist's wife, but also "Corcovado" ("Quiet Night"), an instant standard, and the definitive version of "Desafinado."  Hailed as one of the biggest-selling jazz albums of all time, this Getz/Gilberto collaboration is filled with rich harmonies and sensual melodies. You’re sure to fall in love with Brazil.

A superb interplay of two great masers. This 1967 album by Frank Sinatra and Antônio Carlos Jobim contains tracks arranged and conducted by Claus Ogerman, and accompanied by a studio orchestra. Along with Jobim's original compositions, the album features three standards ("Change Partners" by Irving Berlin; "I Concentrate on You" by Cole Porter; and Robert Wright, George Forrest and Alexander Borodin's "Baubles, Bangles, and Beads") from the Great American Songbook, arranged in the bossa nova style.

This is an incredible musical tribute to Antonio Carlose Jobim. This superlative 1995 album features jazz saxophonist Joe Henderson playing with some of Brazil's best musicians  It contains Henderson's rearrangement of music by Brazilian composer Antonio Carlos Jobim. Highlights of this album include "Felicidade," "Triste," "Zingaro" and a duet with guitarist Oscar Castro-Neves on "Once I Loved." The album features a Brazilian quartet starring pianist Eliane Elias and a jazz trio with pianist Herbie Hancock, bassist Christian McBride and drummer Jack DeJohnette.

Harry Allen: Something About Jobim

The  2015 album highlights some of the lesser-known chestnuts in Jobim's oeuvre. The album includes Jobim's "Sue Ann" whose melodic line is pure Jobim, and "Falando de Amor" is yet another top-shelf ballad. Harry Allen: tenor saxophone; Helio Alves: piano; Rodolfo Stroeter: bass; Tutty Moreno: drums; Joyce: guitar, vocal. Allen has been identified as one of the "finest exponents of swing tenor alive today.”

The Making of Harry Allen: Something About Jobim