The Passion and Vision that Built the Barclay 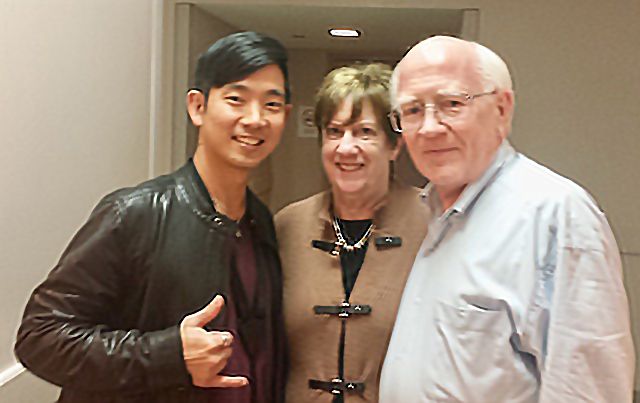 As we embark upon our 30th anniversary, we are deeply grateful for the community leaders who have championed Irvine Barclay Theatre since its earliest days. Decades ago, they forged the path for the theatre to become the beloved Orange County “jewel box” it is today, and they continue to work tirelessly to ensure its bright future. Thanks to their dedication and guidance, the Barclay has become integral to our community as a cherished place to celebrate life through the performing arts.

Recently, we had the pleasure of speaking with one of the Barclay’s founders and original board members, Bill Parker, about his history with the theatre. He shared with us his experience as a key figure in the initial negotiations and financial planning for the Barclay:

"I have been involved with Irvine Barclay Theatre from almost the beginning. I had the privilege of presenting to the Irvine City Council the offer from UC Irvine for the lease of the land on which the theatre rests. I was the university’s chief negotiator for the ground lease, operating agreement between UCI and the City of Irvine, and the initial bylaws of Irvine Barclay Theatre Operating Company (IBTOC). I also served on the board of IBTOC as one of the university’s first representatives and as the Chief Financial Officer.

"Perhaps the most rewarding activity during the formative years of Irvine Barclay Theatre was my participation in the resolution of a significant financial challenge when the construction bid for the theatre was millions of dollars greater than the available funds. I participated with the other partners (the City of Irvine and the fundraising committee) in closing the financial gap in a remarkably short period of time. With the gap closed, construction began and the theatre shortly became a physical reality."

In the years since our doors opened, Bill has attended countless performances and events at the Barclay, collecting numerous memories along the way. One show in particular came to mind when we asked him if he had any favorite Barclay stories:

"The performance I most enjoyed was that by ukulele virtuoso Jake Shimabukuro in 2016. I had the opportunity to talk to him before his performance and commented to him that the program for the evening did not include his version of “Hallelujah” by Leonard Cohen. I was pleasantly surprised when during the performance he announced a program change and launched into a solo performance of “Hallelujah.”"

Opportunities for fun moments like this with featured artists are just part of what make the Barclay unique. For Bill, one of the most striking things about the Barclay is that it is truly a community-wide collaboration:

"The three-way partnership of the university, city, and community for the construction and management of a performing arts theater may be unique in the country. There were many who thought such a partnership could not prevail, but after more than 30 years, the partnership is as strong as ever."

It is through the steadfast leadership and enthusiastic commitment of board members like Bill Parker that the Barclay continues to thrive three decades later, sustaining a legacy of making world-class performances and enriching ArtsReach programming accessible to our Orange County community and beyond. As we continue to work toward safely reopening our doors, we are honored to have Bill on our Board of Directors as we launch our next chapter. Thank you, Bill, for your support and guidance throughout the years. We look forward to celebrating many more seasons with you!